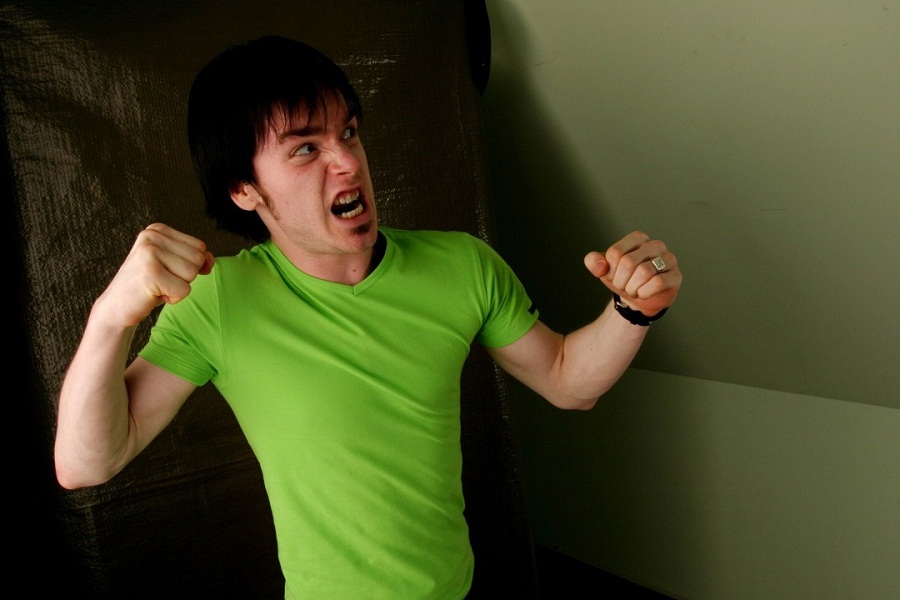 There is indeed a compelling relationship that our ability to manage anger affects our resilience to face challenges in life. The reason is that when there is a management of excessive negative emotions, we can think with greater clarity and focus. The first fact that we realize when we control our anger is that we understand how much more effectively we manage our frustrations. The management of failures is also more effective when we are serene to look at solutions to tackle them than we are furious and allow our anger to control our thought processes. Furthermore, the more we purposely and intentionally become aware of our emotions to a person or situation, the more composedly we formulate specific ways of thinking and behavioural skills to cope with anger.

* Ryan’s friendship with *Peter deteriorated over a period of several years due to Peter’s irrational raging outbursts. These outbursts would be seeing Peter transform from the pleasant young man that he was to an abusive and threatening man whose intention during his angry outbursts is merely to hurt with words. Peter, being a dominating and aggressive personality, would often override Ryan’s suggestions or views with casual regard. Considering their friendship went back to more than twenty-five years, Ryan (being meek and soft-spoken of the two) would keep justifying the anger Peter would show at him. Certain times Peter may magnanimously show a tinge of remorse for his behaviour. Still, most of the time, he would just brush it aside and move on, expecting Ryan to understand and tolerate his behaviour. There were, of course, rare times when Peter would show mild regret of his anger but never severe enough for him to make efforts to control his raging outbursts.

Years later, during one angry outburst that Peter had, Ryan realized that the respect that he had judiciously given to his friend was utterly misplaced. For the first time since they became friends, Ryan stayed calm and poised (instead of either pacifying his friend or defending himself against Peter’s tirade) while Peter raged and flung abuses at him. For the first time, Ryan noticed Peter for the person he was and not as his long-cherished friend. The more, Ryan stayed calm, the more Peter raged. Finally, in a torrent of threats, Peter left the room as Ryan sat in a bemused yet shaken silence. This incident was followed by a brief curt message of apology for the “negative behaviour” the next day by Peter. Unfortunately or fortunately, it was too late for their friendship to continue the cordiality it had enjoyed. Ryan lost complete faith in his friendship with Peter, and he had finally developed resilience to stand up against the rage and authoritarian behaviour of his friend.

Though it was Peter who suffered from deep intense anger management issues, Ryan too had till then not given much effort to control his own defensive anger when Peter would get into his rage swings. Ryan’s irritation or raising of his voice would be fodder for Peter’s vitriolic abuse. The moment Ryan managed his own anger, he became more resilient against the destructive relationship Peter involved him in. Through anger management, Ryan was able to reason and with conviction. He stopped seeing Peter as a friend and began to merely see him as someone who needed help to manage his uncontrollable anger swings.

If we are to consider the steps we can introduce to manage our anger, some of them are –

1)     Be clear in expressing ourselves in a situation and be open to listening to the other side.

Ryan realized that Peter could not hear and did not care to hear Ryan’s side of the conversation. Peter’s focus had always been in getting his point across and having Ryan agree to his suggestion.

2)     Have clarity regarding what stimulus triggers our anger in a discussion – Are we focusing on the speaker or on what the subject is? In the case of Ryan, his friendship with Peter was so dear to him that he overlooked Peter’s abusive behaviour – focusing on the person rather than what was communicated.

Over the years, Ryan started paying more attention to his wellbeing and growth. His trips to clubs and pubs began to be replaced by a healthier lifestyle. With conscious eating habits, exercise and sleep, Ryan began to experience an emergence of a more confident and assertive personality. He began to identify with Peter less, and the lifestyle change also led Ryan to observe what causes him to be more irritable and what he can do to avoid them.

Learning yoga and practising meditation every day can help us in being more conscious about our reaction to matters that we dislike. Anger management is not about suppressing your anger. It is about accepting and acknowledging anger through the patient understanding of its cause. The acknowledgement of anger is followed by looking for a logical solution in resolving the reason for anger. Through our control of anger, we become healthier emotionally, leading to improvement in our resilience to face personal and professional challenges, including relationship issues.

One of the positive steps for the attainment of true personal and professional success in life is the mastery over negative emotions (that includes effectively managing anger). The resulting strength of this mastery can heighten our resilience and dedication to our purpose.

As someone once said,

“It is your reaction to adversity, not adversity itself that determines how your life’s story will develop”.