The Power of Resilience (Part 1) 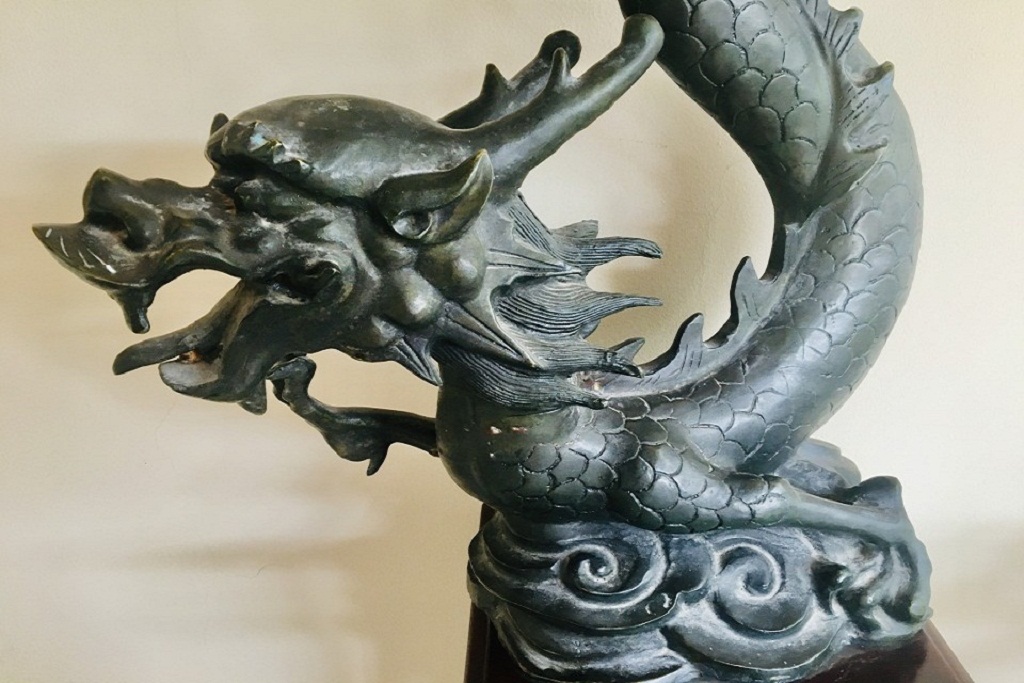 When *Rohini’s Dad’s business floundered and collapsed more than thirty years ago, the family did not merely bounce into action on purpose mode; they coped through the crisis with resilience and determination. Her brother, *Rohan soon started working and continuing his education through a part-time learning program while Rohini began a successful catering company with her best friend. Their Mother stood by them, encouraging them with her indefatigable moral support and the family progressed in life with confidence and dignity.

Rohini is one of the many resilient people we may come across in our lives. She and her family, like countless others, inspire us to be better versions of who we are every day in our life – rain or shine! Resilience is seen as a coping mechanism that helps people cope with hardship or stress in the best way they can. More importantly, resilient people utilise the reliability of their mental reservoir of strength to recover from challenges. Catastrophes that Rohini and family faced are financial; for some others, the crisis in their life may relate to health issues, family problems, death or marital issues. Resilient people experience sadness and pain like others in crisis, but do not allow these emotions to deter them from making the desired action during the appropriate time. Their focus remains sharp, clear and unaffected by emotions.

In moments of challenges and crisis, resilience is an outstanding quality that is essential to overcome the barriers in life. To be able to look at a more positive future beyond an emergency requires a sense of mission and vision relating to the current scenario. Rohini’s Dad’s collapse in business was resolved by her and her family’s careful analysis of the factors vital for them to work on and overcome their issue. Each of us has the innate quality to be resilient, but many are, unfortunately, unaware of it. Some, unfortunately, unconsciously give themselves negative affirmations during times of stress instead of staying positive, sharp and decisive about finding solutions to the present problem.

So how do we create resilience in ourselves, our children and those who are part of our environment?

The first step towards a realistic awareness of our abilities and skills is ensuring we have a healthy self-esteem. Why self – esteem?

The role of self-esteem in building our resilience skills is numerous. Self-respect for who we are is critical as it reflects our confidence and awareness of our abilities. People with healthy self-esteem have an accurate understanding of themselves. They are as aware of their strengths as much as they are aware of their weaknesses. They possess excellent social skills and communicate well with others. Individuals with self – respect make productive team players too as they enjoy sharing their ideas while receiving inputs from people for their improvements. One of their core skills is their adaptability to situations, changes and people. Furthermore, they have little hesitancy in admitting their oversights.

For parents or any individual who has tendencies to show contempt and ridicule children or whom they interact with, it is time to stop and reflect on this negative approach to getting work done. To create a healthy awareness of abilities, skills and the potential in children or those we interact with, using ridicule and contempt to enlighten is detrimental for growth and progress as this behaviour destroys self – esteem or self – worth. Years ago, I had come across a young lady, *Mary, who had been through a horrendously abusive marriage. Her growing up years had been happy ones. Being part of a happy family, she grew up as a confident and self-assured person. It was only after her short but explosive marriage that her self esteem and confidence were deeply affected by the cruelty she had experienced. It took several years for her to emerge out of the shadows of despair that she was in. With the support and love of her family and friends, she positively picked up her life after her broken marriage and developed into a strong and confident lady.

The case of *Adrian was one where his growing up years proved to have a detrimental effect on his self-esteem. Hailing from a comfortable home environment that was unreasonably demanding, Adrian had to prove himself to be more than who he was. It was a process that he was accustomed to since childhood. Since he was born into a family with strong moral values and principles, he, fortunately, grew up to be a hard-working and sincere young man. His relationship with his parents, however, played an injurious role in his belief about himself. His father was a distant and autocratic parent while his Mother was overindulgent and docile. By the time, Adrian entered the threshold of matrimony, the poor self-esteem he had suffered in silence during his growing up years resulted in unprecedented rages and anger issues in him. His anger issues became even more aggressive soon after he got married, and he suffered from a complicated predicament that he could not be wrong nor corrected by his spouse. Not surprisingly, Adrian’s dictatorial approach towards marriage and his spouse resulted in his marriage breaking down less than a year after it took place.

A critical analysis of both these starkly different cases conveys the extent of how self-esteem affects our life. Its affectation is not just on our quality of life but in our personal and professional relationships too. Through a positive and realistic self-image and self-esteem, our awareness of our core strengths and areas requiring improvement will have sharper clarity. This clarity will also aid us in taking the ideal actions for developing ourselves for growth and progress.

A bombardment of unrealistic expectations and attempts to accomplish plans that may not be feasible or practical in certain circumstances gravely affects confidence and our self-image.

Years ago, there was a time that I was never able to ensure that my plans and goals got completed. It was after the completion of a year-long project that the reason for its absence until then dawned to me. I had never ensured that my goals followed the renowned formula for achieving goals, i.e. keep them SMART ( Small, Measurable, Accountable, Realistic, Time frame). Till then, in the desire to ensure they were significant and transformational, I would overlook the practical approach to its process and completion. The moment I sat and planned the stages of a goal’s completion keeping in mind its size, importance and practicality in the time it requires, I began to achieve my goals. They became small but achievable.

A few days ago, *Minal, a young lady ( recently graduated student from an international university) who was in the process of completing her migration formalities to a country of her choice discussed with me her predicament. With her decision to move to the country now gravely challenged by the current global situation, she was uncertain whether to go or stay for the time being. She knew that the possibilities of her getting employment and accommodation in the current scenario were highly unlikely. Still, she wanted to try, out of fear that she may miss an opportunity. My suggestion to the capable and smart lady was to stay put, work on her current skills, seek employment or consider an internship and consider the shift to the country at a later date. I believe that the suggested step will be a SMART goal and hence easily achievable than the plan she had. Minal’s migration aspirations have better prospects of becoming a reality if she becomes better equipped to be a desirable citizen of a country than with her current status as just a fresh graduate.

Keeping plans and goals realistic and achievable helps us grow with purpose and helps build confidence to face more enormous challenges that life may have ahead.

3) Positivity – Viewing the Self & World

The first step would be to learn to be responsive rather than apathetic. Whether it is in our case or the case of children, it is critical to developing a belief that everyone can make a positive difference in a situation. My friend, *Reena, is a regular charity supporter. For many years, she has been a frequent visitor at labour camps with her children, to distribute essential commodities to the labourers. Her intention has been not just to convey the importance of charity to her children but to ensure that they understand the value of actively helping the less fortunate members of society. Some of the ways to enable children, family, friends, colleagues and others we interact with developing a positive outlook regarding the world and themselves are simple. Through the implementation of a conscious pattern of behaviour that is positive and constructive for progress and growth, the quality of resilience can be nurtured.

a) Encourage children or people around you to express and communicate sincerely and effectively – encourage transparency.

b) Motivate others (children included) by asking questions instead of giving them answers or instructions.

c) Listen more to understand the essence and process of communication.

d) Enable people and children to be held accountable for their actions. Every action or lack of reaction has a consequence. Ideally, this implemented through a leadership practice of fairness and compassion. Responding to the situation positively and conscientiously enables the doer to experience a sense of purpose, confidence and respect for their inherent abilities.

e) As part of learning and growing, allow children or people to fail. Failure is a teacher that communicates the harsh reality that there is no perfection in actions or decisions all the time. When anyone experiences failure, our response to the person needs to be one of patience and positivity rather than contempt or derision. To possess a positive and realistic self – image, the acceptance of oneself with strengths and flaws is crucial. Many parents, in their quest to groom their child into an ideal individual, unwittingly become responsible for the low self-esteem that their child experience through their life.

f) Creating respect for limits regarding the appropriateness in relationships and life is decisive in the development of a positive view of the world and self-image. The consciousness of boundaries is part of the respect we have for others, ourselves and the world.

Viewing ourself and the world positively stems from an awareness of its importance and requires a conscious effort. Crisis and traumas will not influence the course of our life as much as our resilient responses to them will. Like Mizuta Masahide, the legendary 17th-century Japanese poet and samurai once said,

“My barn having burned down, I can now see the moon.”